At work, we are working with Siamese Neural Net (NN) for one shot training on telecom data. Our goal is to create a NN that can easily detect failure in Telecom Operators networks. To do so, we are building this N dimension encoding to describe the actual status of the network. With this encoding we can then evaluate what is the status of network and detect faults. This encoding as the same goal as something like word encoding (Word2Vec or others). To train this encoding we use a Siamese Network [Koch et al.] to create a one shot encoding so it would work on any network. A simplified description of Siamese network is available here. For more details about our experiment you can read the blog of my colleague who is the master brain behind this idea.

The current experiment, up to now is working great. This network can split the different traffic scenarios. As you can see on this picture, the good traffic (Green) is easily spitted away from error type 1 (Red) and error type 2 (Orange) 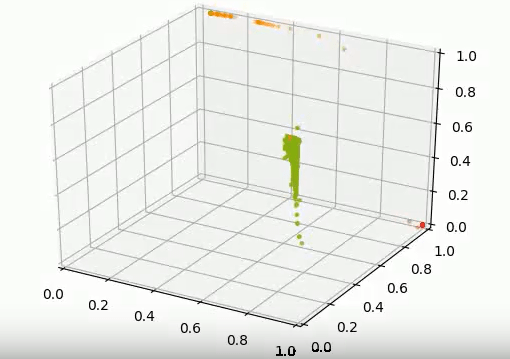 So what is the problem, it seems to work fine, doesn’t it? After some reflection I realized that there was a big flaw in the loss function.

First here is the code for our model. (Don’t have to read all the code, I will point out the issue.

My issue is with this line of the loss function.

There is a major issue here, every time your loss gets below 0, you loose information, a ton of information. First let’s look at this function.

It basically does this:

The actual formula for this loss is:

This process is detailed in the paper FaceNet: A Unified Embedding for Face Recognition and Clustering by Florian Schroff, Dmitry Kalenichenko and James Philbin.

So as long as the negative value is further than the positive value + alpha there will be no gain for the algorithm to condense the positive and the anchor. Here is what I mean: 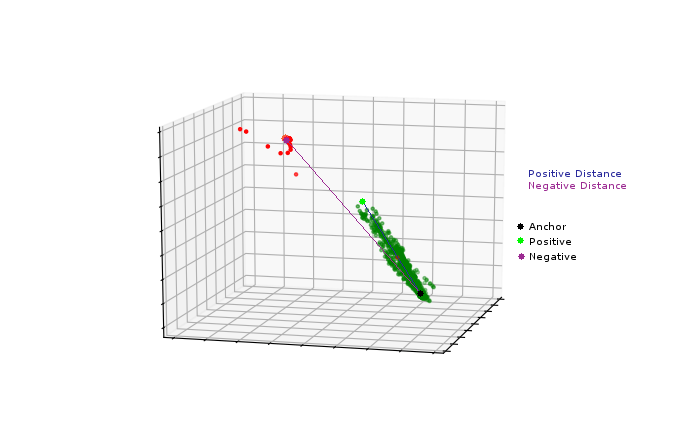 The loss function result will be 1.2–2.4+0.2 = -1. Then when we look at Max(-1,0) we end up with 0 as a loss. The Positive Distance could be anywhere above 1 and the loss would be the same. With this reality, it’s going to be very hard for the algorithm to reduce the distance between the Anchor and the Positive value.

As a more visual example, here is 2 scenarios A and B. They both represent what the loss function measure for us. 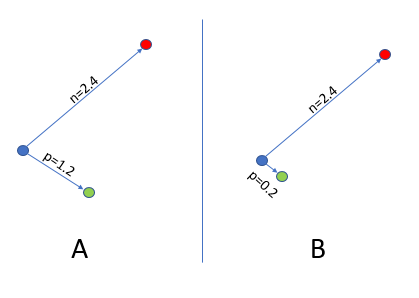 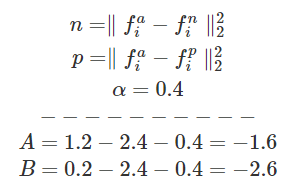 After the Max function both A and B now return 0 as their loss, which is a clear lost of information. By looking simply, we can say that B is better than A.

In other words, you cannot trust the loss function result, as an example here is the result around Epoch 50. The loss (train and dev) is 0, but clearly the result is not perfect.

Another famous loss function the contrastive loss describe by Yan LeCun and his team in their paper Dimensionality Reduction by Learning an Invariant Mapping is also maxing the negative result, which creates the same issue.

With the title, you can easily guess what is my plan… To make a loss function that will capture the “lost” information below 0. After some basic geometry, I realized that if you contain the N dimension space where the loss is calculated you can more efficiently control this. So the first step was to modify the model. The last layer (Embedding layer) needed to be controlled in size. By using a Sigmoïde activation function instead of a linear we can guarantee that each dimension will be between 0 and 1.

Where N is the number of dimensions of the embedding vector. This look very similar, but by having a Sigmoïde and a proper setting for N, we can guarantee that the value will stay above 0.

After some initial test, we ended up with this model. 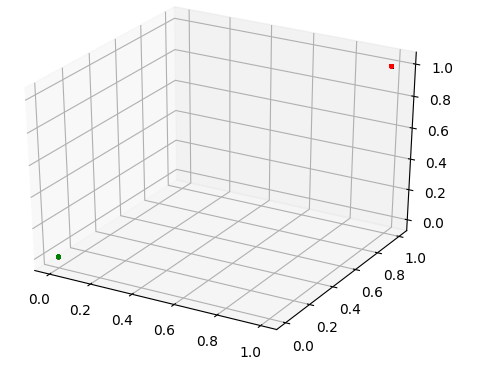 On the good side we can see that all the points from the same cluster get super tight, even to the point that they become the same. But on the downside it turns out that the two error cases (Orange and Red) got superimposed.

The reason for this is the loss is smaller like this then when the Red and Orange split. So we needed to find a way to break the cost linearity; In other words, make it really costly as more the error grows. 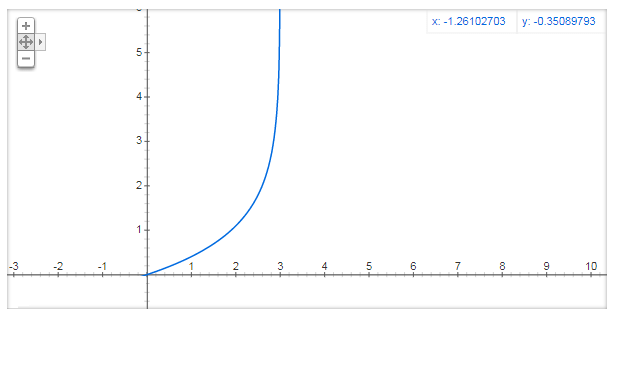 With this new non-linearity, our cost function now looks like:

Where N is the number of dimensions (Number of output of your network; Number of features for your embedding) and β is a scaling factor. We suggest setting this to N, but other values could be used to modify the non-linearity cost.

As you can see, the result speaks for itself: 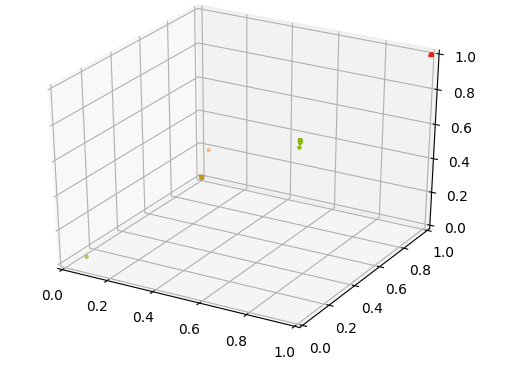 We now have very condensed cluster of points, way more than the standard triplet function result.

As a reference here is the code for the loss function.

Keep in mind, for it to work you need your NN last layer to be using a Sigmoïde activation function.

Even after 1000 Epoch, the Lossless Triplet Loss does not generate a 0 loss like the standard Triplet Loss.

Based on the cool animation of his model done by my colleague, I have decided to do the same but with a live comparison of the two losses function. Here is the live result were you can see the standard Triplet Loss (from Schroff paper) on the left and the Lossless Triplet Loss on the right: